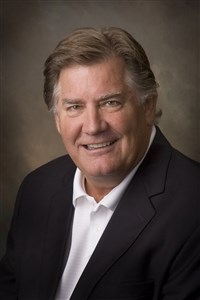 The Alabama-West Florida Conference is pleased to announce that Mr. Mickey Wilson has been named Interim Treasurer in the conference office. Wilson begins his service today, January 3, 2018.

“I hope you will join me in welcoming Mickey Wilson to our conference on this interim basis,” said Bishop David Graves. "The conference CFA committee and I feel he will be an asset in helping our conference and fiscal office move ahead in this new year. His expertise and knowledge will allow us to effectively serve our local churches and continue to align the fiscal office with the mission of the United Methodist Church.”

He is a graduate of the University of Houston and received his MBA from Vanderbilt University. He and his wife, Marsha, have been married 47 years and have four grown children and ten grandchildren. He enjoys golfing and playing bridge in his spare time.